A good read on the sad state of marriage in the UK. A snippet follows:

"It’s no coincidence that the demise of marriage has taken place against a background of rising numbers of couples “cohabiting.” New figures also show that almost half of all babies in England and Wales are born outside wedlock.

Can it be right that 46.8 per cent of babies are born to unmarried mothers? And what hope is there for future generations if the trend of having children with whoever you fancy goes unchecked?"

Posted by Michael J. Murphy at 6:22 PM 2 comments: Links to this post

Ontario couples now have to attend mediation before court in divorce 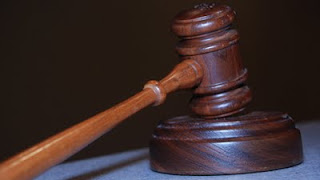 TORONTO — Starting Monday, every Ontario couple hoping to end their marriage will have to attend an information session on alternatives to going to court and must meet for mediation before getting a divorce.

The new rules will help alleviate some of the pressure on Ontario's family court system and will save those hoping to get divorced time and money, said Chris Bentley, the province's attorney general.
"Going to court and having a court battle in family proceedings can be enormously costly, take a lot of time and probably most significantly be very emotionally damaging to children and to the two individuals," he said.

Couples will have to attend the information session before they can file a divorce case in court.
If they still insist on going to court after that, they will first have to attend a mediation session organized by the attorney general's office to try settling their differences.

Despite the two-step process, some in the legal community think the initiative isn't as effective as it could be.

Judith Huddart, a family lawyer and president of the Ontario Collaborative Law Federation, said the sessions don't advise those considering divorce about their options early enough in the process.
"I know how frustrating it can be for people to be told that they have other options after they've already hired a lawyer and started forward in a litigation route," she said.

While Huddart supports making the program mandatory at all courts, she said providing more information for couples when they are first thinking about divorce would be an even more effective way to get the cases out of provincial courtrooms.

The new program will only reach those who have begun the process of going to court, she said.

She estimated just getting to a first court hearing will often cost around $5,000 in lawyer's fees.

The province has been trying to fix that pricey problem by making more information about alternatives to divorce proceedings available online, said Bentley.

He added that he doesn't expect the new program will save his office or the courts any money.

The program is directed specifically towards saving time and legal fees for couples hoping to get divorced, he said -- although he hasn't been able to quantify those savings yet.

The attorney general's office will spend an extra $5.3 million a year making the program mandatory at all courts, bringing the total cost of the initiative to $8 million a year.

Those extra costs did not come from any additional funding from the provincial government, Bentley said. His office was able to redirect money from finding efficiencies in the other areas for which his office is responsible.

Posted by Michael J. Murphy at 11:49 AM No comments: Links to this post