More pandering by the left to the feminists. It does not matter that DV is pretty much equal between genders, that the most dangerous place for a child is in the care of a single mom, that in some studies it shows females initiating DV in 70% of the cases, in more recent studies it shows females will suffer fewer injuries if they do not initiate the abuse, and there are no DV shelters for men even though they are seriously injured in a third of cases. The legislation is blatantly and prejudicially aimed at men but read further below over its origins. Restraining orders only work for honest people. If someone truly wants to harm their partner no piece of paper will stop them. Its like a padlock that will only keep honest people out. How many criminals will it keep out?

The genesis of the legislation was the death of Katelyn Sampson, a small innocent girl at the hands of a drug addicted female hooker, who was her guardian approved by Bentley's court system, and her Mother who gave her over to the addict was also hooked on drugs. They were recipients of the largess of Ontario taxpayers.

This kind of legislation is designed to pander to the DV Industry and the ideologues who work in academia, the Status Of Women offices and the AG's department.MJM

Restraining orders in Ontario have been strengthened to improve the security of those suffering from domestic violence, most of whom are women and children.

A breach of a restraining order made under the new provisions will now be prosecuted as a criminal offence. This increases the protections available to victims of domestic violence. For example, if a person is charged with breaching a restraining order and is likely to re-offend if released, a judge or justice of the peace can now detain this person until the trial.

This part of Ontario's family law reform legislation came into force on October 15, 2009. The legislation also expanded protections to allow partners who live together in a relationship for less than three years to apply for restraining orders.

"These changes will mean victims of domestic violence will have increased protections in what is often their time of greatest need. More Ontarians will now have access to restraining orders, helping them to keep themselves and their children safe from harm."

"Ontario's new family law reforms will offer more protection to women who are being abused and provide better opportunities for them to build brighter futures for themselves and their children. This is an important step in moving forward on our government's agenda to help women and children live free from fear of domestic violence."

Ministry of the Attorney General
ontario.ca/attorneygeneral
Posted by Michael J. Murphy at 11:08 PM No comments:

THE BEST Put Down LINE EVER? Major General Peter Cosgrove is an 'Australian treasure!'

This story is priceless and aroused a strong urge within me to have a verbal duel with a feminist. On a Monday morning no less. Unfortunately it is a hoax but a damn good one. http://www.snopes.com/military/reinwald.aspMJM 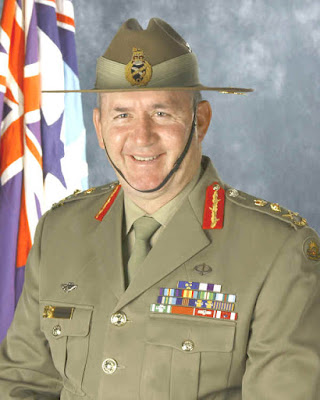 General Cosgrove was interviewed on the radio recently.

Read his reply to the lady who interviewed him concerning guns and children. Regardless of how you feel about gun laws you've got to love this!

This is one of the bes,t comeback lines of all time. It is a portion of an ABC radio interview between a female broadcaster and General Cosgrove who was about to sponsor a Boy Scout Troop visiting his military Headquarters.


FEMALE INTERVIEWER:
So, General Cosgrove, what things are you going to teach these young boys when they visit your base?

GENERAL COSGROVE:
I don't see why, they'll be properly supervised on the rifle range.


FEMALE INTERVIEWER:
Don't you admit that this is a terribly dangerous activity to be teaching children?

GENERAL COSGROVE:
I don't see how. We will be teaching them proper rifle discipline before they even touch a firearm.


FEMALE INTERVIEWER:
But you're equipping them to become violent killers.

GENERAL COSGROVE:
Well, Ma'am, you're equipped to be a prostitute, but you're not one, are you?

The radio cast went silent for 46 seconds and when it returned, the interview was over.

Posted by Michael J. Murphy at 9:28 AM No comments: