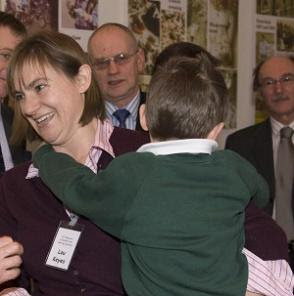 A new support group for parents and children alienated from each other has called for 100 mothers or fathers affected by the problem to come forward.

PAS Ireland said it wants to carry out world leading research into the damage done by manipulative parents who abuse children by turning them against current or ex-partners.

The group, which will be addressed on Monday by family lawyer and Government child protection tsar Geoffrey Shannon, claimed children are severely damaged by the tactic.

Donnacha Murphy, PAS Ireland organiser, said it can happen within marriages as well as between separated or divorced couples.

"It is a psychological state that children suffer from when one parent is the target and manipulated," he said.

"Unless the syndrome is dealt with it becomes part of the child's lifestyle it manifests in their own life and they tend to treat their own children the same way.

"Children find it hard to trust, express themselves and stay in relationships. They tend to live in two different worlds."

The group, which is being formally launched on Monday, claims children end up psychologically damaged by one parent manipulating them and turning them against the other parent.

It is estimated children affected by the tactic on average miss out on 12 years of a relationship with a parent.

A US study also claimed the syndrome is passed on from one generation to the next.

A conference to mark the launch of the PAS Ireland society is being held in the Red Cow Inn in Dublin on Monday and also to mark international parental alienation awareness day.

http://www.independent.ie/breaking-news/national-news/group-in-call-to-aid-family-harmony-2151576.html
Posted by Michael J. Murphy at 12:09 PM No comments: