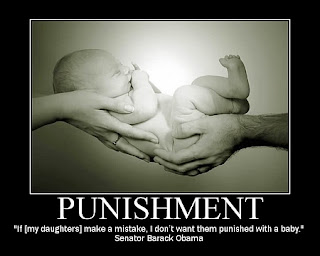 There has been much written on Abortion in the National Post (NP) over the past week in which I have offered copious comments. The following is my most recent based on a Lorne Gunter posting here.Those I refer to in my short essay are regular commentators on the NP's blog.


An issue like abortion boils down to the individuals moral compass and subsequent viewpoint. It deals with the ethics and values a person holds and indeed how much the propaganda of feminists has permeated their thinking process.

Feminists hold "abortion on demand" as one of their prime pillars. It is sacrosanct and, to them, boils down to dominion over their body no matter that another human also had a part to play in the pregnancy, the vast majority of which were between consenting partners.

Feminists want complete reproductive control (the Marxist philosophy of monopoly) and if they screw up on the control side, they want complete governance to dispose of their mistakes, also Marxist in nature despite, as mentioned above, two parties involved. 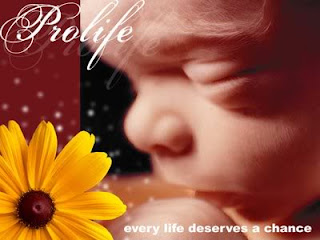 A goodly number of men have stated they must be right and must acquiesce to this mantra. We have acquiesced our legitimate role in creation of life, which has transferred to other areas such as family law where we are discarded as visitors to even those whom were born, not aborted, if we get to see them at all. Some patriarchy that is! In other words, feminists have won as they get complete control of reproduction, termination of life and ownership of children when born at the end of marriage. Between co-habitation and marriage we have a probable family breakdown rate of 50% within 30 years of living together. Cohabitation ends much faster than marriage. Men,  pay for all this marriage breakdown and abortion  in taxes, child support, spousal support, and many extras.

The feminists in this country then take it further and say not only do we want all this Marxist central planning over population control but we want the state to pay for it. Many men have also bought into this utter nonsense as well because they are highly feminized. The propaganda over the years has worn them down, they throw up their hands and said "shucks I have to keep peace let them have it."  They now believe they are being chivalrous by kneeling at the altar of uncontrolled abortion and have been co-opted into the further consumer shopping for the right sex of the child  by aborting the developing life because it’s the wrong gender. Gee it’s not what I wanted lets terminate this life and try again.

Its eugenics by another name. 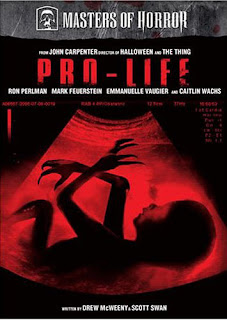 It will lead to moral collapse, as a likely outcome and by allowing sex selection; those who support abortion on demand are leading the charge.

I posit most Canadians, when faced with the right information, will choose to restrict abortion in a reasonable manner.  After all, we are such a polite country - are we not?

If we leave it to the feminists, we cannot survive as a culture and eventually a stronger force will take over. It is called Islam and one only needs to read the daily paper(s), especially those in Europe,  or watch the world news to get an idea of their strength and our accommodating weakness.

Mr. Pilgrim represents the accommodating, passive side of the equation although he says he is pro-life. It was like pulling teeth to get him to admit it. Joe Shmoe represents the completely feminized faction and a mere sock puppet of feminist desires. I represent the side of pro-lifers who want restrictions and no tax support unless medically necessary.

What do we want to leave for our grandchildren - if anyone gets to have any in the future - the eroding of our values, population and the onslaught of a totalitarian religion - or something better and different?  By 2050 we will see we are much closer to half the country being foreign born. It’s not far off.

Read more: http://network.nationalpost.com/NP/blogs/fullcomment/archive/2010/05/05/the-debate-on-abortion-is-quot-settled-quot-just-like-the-debate-on-global-warming-gun-control-punishment-v-rehab-multiculturalism.aspx#comments#ixzz0nA6FfGU5
Posted by Michael J. Murphy at 11:23 AM No comments: Links to this post