Hunger 4 Justice in the UK

Fathers 4 Justice Founder to Hunger Strike at Cameron’s Home Email your support to office@fathers-4-justice.org The founding father of Fathers 4 Justice will begin the first ever hunger strike for fathers rights in July on the 10th anniversary of Fathers 4 Justice, outside the Witney home of Prime Minister David Cameron. 44 year-old father-of-three Matt O’Connor from Andover, Hampshire will launch his ‘Hunger4Justice’ protest at 9.00am on Sunday 10th July after he has delivered a personal letter to the Prime Minister’s home. The hunger strike is a direct response to the Prime Ministers comments at the weekend in which he labelled fathers as ‘runaways’ who should be treated the same way as drink drivers. He will forgo all food until the Prime Minister retracts his remarks and adheres to written pre-election commitments made to Fathers 4 Justice to reform Britain’s Secret Family Courts which the group say he has reneged on.

O’Connor will be based in a support vehicle during the hunger strike with a team led by Dr Nadim Safdar who will advise on his condition during the strike and run a social media campaign from the site. Mr O’Connor met with Bill Cash MP in Parliament on Wednesday 22nd June to discuss the Prime Ministers comments and asked him to pass on his announcement on to Mr Cameron. Bill Cash was the first MP O’Connor had met to discuss the issue 10 years ago this month. Fathers 4 Justice say O’Connor’s decision is a highly personal one, rooted in his Irish heritage where hunger strikes have been used throughout history to highlight injustice. Said Campaign Director Nadine O’Connor, “Matt O’Connor was devastated by what he considers is Cameron’s betrayal of children and families and his demonisation of fathers on Fathers Day in a cynical piece of dad bashing which will appeal to the largest constituency of floating voters, single mothers.” 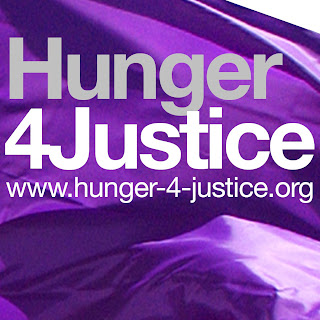 “He also believes the ‘Big Society’ initiative is a sham and that far from creating a strong society, the polices of the Conservative led coalition are actively destroying it.” “On the 10th anniversary of forming F4J, he wants to bring his personal message home; from his home, to Cameron’s home, from father to father. It is the antithesis of previous Fathers 4 Justice protests, stripped of humour and costumes.”

“He believes fathers have been reduced to the status of cashpoints in a country where 1 in 3 children grows up without a dad.” “Given the denigration and demonization of fathers like him by the Prime Minister, he doesn’t believe he has any alternative other than to risk his life for a cause he believes passionately in.” Fathers 4 Justice say O’Connor’s 12 goals are:

1. A full retraction of the Prime Ministers Fathers Day Statement.

2. New statement made recognising the most painful cut of all is that of fathers from their children and that tens of thousands of fathers are denied access to their children in this country by our secret family courts despite having legally binding court orders to see them. 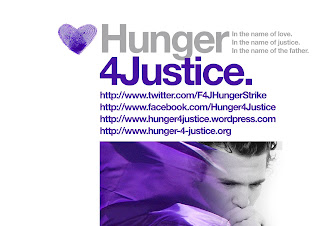 3. To publicly support those fathers struggling to see their children and recognise the catastrophic damage done to society by mass fatherlessness and the fact that 1 in 3 children is now fatherless.

4. The Prime Minister honours his explicit, written, pre-election commitments to Fathers 4 Justice with regard to family law reform with the utmost urgency.

5. Give ALL parents AND grandparents a right in law to see their children and grandchildren which the Conservative led coalition currently denies them.

6. Sets up an immediate independent public enquiry into the Secret Family Courts chaired by Sir Bob Geldof and the scrapping of the existing and discredited Family Justice review panel.

7. That the enquiry considers ALL areas of family law including the retirement of the current Family Division of the Judiciary and the creation of an open, transparent and accountable system of family justice based on reconciliation not conflict and secrecy. 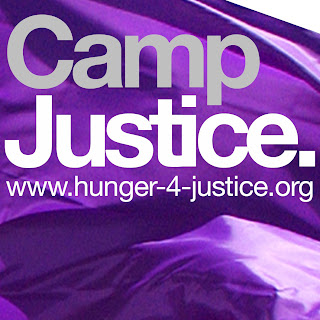 8. Sets up a ‘truth and reconcilliation’ commission to investigate serious allegations of child abuse by the system, the failure to keep records on the outcomes for children, the use of violence on children authorised by Judges, Cafcass and NYAS to make them comply with court orders and the cover up of serious allegations of child abuse by professionals working within family law.

9. Introduce the principle of ‘equal parenting’ and mandatory mediation together so that both parents are treated equally in the eyes of the law and establish contact denial as a criminal offence as serious as non-payment of child support.

10. Recognition that the demonisation and denigration of fathers in society is profoundly damaging to young boys, causes serious emotional harm to them and is diametrically opposite to his ‘Big Society’ idea.

11. Recognition that fathers are not simply cashpoints and that child support should mean emotional and financial support, intertwining rights with responsibilities.

12. Support marriage through the tax system, not by words, but by genuine tax reforms so that the system does not encourage divorce and separation as it currently does and where many couples are £600 a month better off living apart than together and pay a third more tax than other European countries.
Posted by Michael J. Murphy at 10:04 AM 2 comments: Links to this post