“Judges sitting in a family jurisdiction are always doing the best in the interests of children and if they turn down what the father wants, they have sound reasons for it."

What a load of unfettered spin. The judges act in the best interest of the mom and the status quo. They need no better reason that that.

I commend these two dads for their sacrifice and love of their children to go to jail for what they believe. Bad laws and bad judgment require citizens to protest otherwise these failures of justice will never be known.MJM 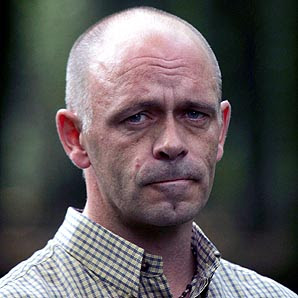 Hugh Boyle, 43, appeared in court on Friday to be sentenced for the stunt in March, alongside his fellow protester, 52-year-old Raymond Ferguson.

Isleworth Crown Court heard that flight controllers were forced to allow a Boeing 767 to take off over their heads before banning further aircraft movement during the protest.

Both men – who said they were upset at their treatment by the family courts – were initially charged with endangering aircraft but admitted a lesser offence of creating a public nuisance and criminal damage during the major security breach.

At an earlier hearing, the court heard how the pair cut through a fence before chaining themselves together at the wrists and running onto the runway where they unfurled a banner saying “super mediation is the answer to the family law crisis”.

Stephen Willmer, prosecuting, said: “Both defendants made what amounted to full admissions of fact in their [police] interviews, disputing there had been any attempt to endanger aircraft.”

Ferguson, of no fixed abode, was jailed for a year, minus the 66 days he has served on remand.

Sentencing the pair, Judge Andrew McDowall said: “I, in one sense, can understand the strength of feeling that led you two to do what you did but it was wholly disproportionate.

“Judges sitting in a family jurisdiction are always doing the best in the interests of children and if they turn down what the father wants, they have sound reasons for it.

“It is accepted that there was no active danger to the aircraft but there was potential for anything to go wrong when you set out for what you hoped to achieve.

“In these health and safety conscious days this could have led to the closure of the airport and disruption for thousands of passengers in the terminal and passengers around the world.”

Following the hearing, Boyle said: “I did it for my nine-year-old daughter Tara who I just wanted to see, and it was worth it.”

And of the protest itself, he recalled: “We used pliers to get through the fences, it was that easy.

“As soon as we were through, I dialled 999 and I told them my name, what I was going to do and that we were not terrorists.

“Then we chained each other together at the wrists with padlocks and ran onto the runway.

“A 767 nearly scalped us, the pilot didn’t even see us. Then we put the banner out and the police arrived, took a few pictures and then told us to get in the van. We didn’t resist.”

Boyle added he was now seeing his daughter more regularly and getting his life “back on track”.

Posted by Michael J. Murphy at 12:05 PM No comments: Links to this post