A case of Parental Alienation with a disastrous life sentence for the innocent child.  The story is also replete with false allegations against the dad. Its so sad but yet part of the culture that is now routine in the malignancy toward dads and men.MJM 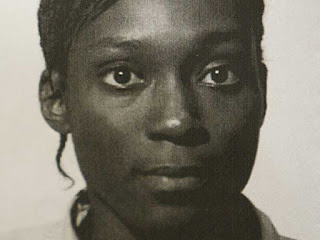 Tamara Broomfield was 20 when her son Malique was born, and had no prior criminal record or history of drug addiction. Yet for more than a year, the single mother regularly gave her infant son cocaine — so much that tests later determined it was enough to classify him as a heavy user if he was an adult and left him permanently brain damaged.


The identity of the mother — who was convicted last year of assault causing bodily harm, aggravated assault, failing to provide the necessities of life and administering a noxious substance — was only made public on Monday after the court lifted a publication ban at her sentencing hearing, at the request of Malique’s father and grandmother.

In explaining why he wanted the publication ban lifted, Steve Fitz-Charles said people would better understand why his son behaves the way he does. “I want my son’s name to be revealed, so he can access treatment instead of ridicule.”


Malique is developmentally delayed, and has impulse control and attention disorders. He is required to take Ritalin and other medication to control the possibility of seizures.
The boy also has a sleep disorder, cognitive difficulties and needs one-on-one supervision in school and at home.


Mr. Fitz-Charles, now 27, admitted that as a young man, he sold drugs. He stopped when his son turned one and since that time has returned to school and is about to finish his university degree. During the dispute in Family Court, he said Broomfield would falsely accuse him of being the source of the drugs (Mr. Fitz-Charles was never accused by police of any wrongdoing. He has since been awarded sole custody of Malique).

“Malique was a healthy little boy, ready to take on the world from the get-go,” Mr. Fitz-Charles said.
After their brief relationship ended, he said Broomfield took steps to restrict access. One week after he filed for joint custody, Mr. Fitz-Charles was told his son was in a coma in hospital. “Little Malique looked helpless and lifeless. His ribs were visible on his frail body,” the boy’s father stated.


The abuse was uncovered when Broomfield took her son to hospital with an unexplained seizure; the 2-year-old boy had in fact suffered a stroke and did not get help “until she realized he was dying in front of her eyes,” the judge in the case noted.


The boy had suffered a stroke that was triggered by the cocaine. He was in a coma for several days and doctors thought he would not recover. Nearly five years later, the effects of the brain damage caused by the stroke are evident each day and may worsen, according to the medical evidence.


The young mother has never provided any explanation for her actions.


“Her conduct was self-serving and I dare say, evil,” Crown attorney Andrew Pilla said on Monday in suggesting Broomfield be sentenced to eight years in prison.
Broomfield sat silently and looked straight ahead in the Toronto courtroom as Malique’s grandparents read out moving victim impact statements.


The boy’s grandmother, Yuillie Fitz-Charles, was a teacher in Trinidad when she immigrated to Canada two decades ago. She has worked for several years with agencies that assist special needs children.
Despite her work experience, the daily effort required to take care of Malique is exhausting. “It pains me, that my grandson has to endure such undeserved limitations for the rest of his life,” Ms. Fitz-Charles said.
She spoke of being asked to leave public buses as a result of her grandson’s behavioural difficulties and the need to hold his hand tightly so he does not jump into traffic. Daycare workers have refused to have him in their class. “His special needs are overwhelming,” she said. “I cry everyday for my grandson. I cry for the loss of so many hopes, dreams and expectations; for his subjection to ridicule, prejudice and humiliation — all because of a mother’s cruelty, self-indulgence and indifference.”


Broomfield will be sentenced on July 8. Her lawyer is asking for a further two years in jail and three years probation, in addition to the equivalent of 14 months in pre-trial custody.
National Post
Read more: http://news.nationalpost.com/2010/06/08/mother-who-fed-infant-son-cocaine-identified/#comments#ixzz0qHKkwZH9
The National Post is now on Facebook. Join our fan community today.
Posted by Michael J. Murphy at 12:21 PM No comments: Links to this post